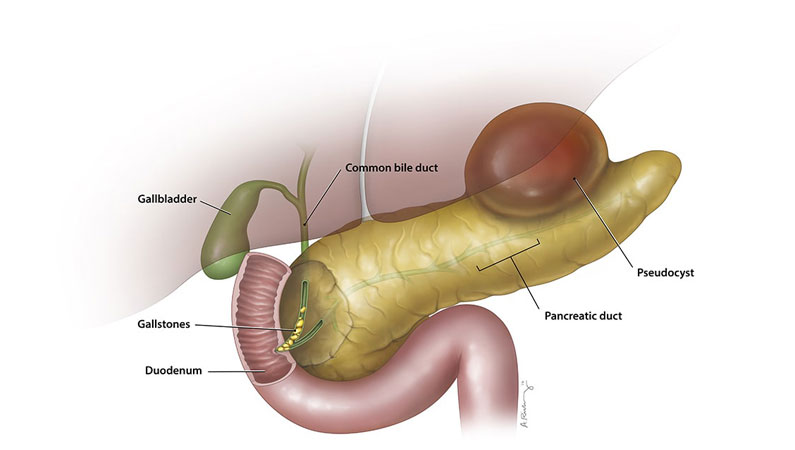 The pancreas is a tiny organ, placed behind the stomach, that works as a gland and aids digestion.

Chronic pancreatitis, on the other hand, occurs when the pancreas is permanently damaged by inflammation and ceases to function correctly. Chronic pancreatitis can strike anyone at any age. However, it most commonly strikes adults between the ages of 30 and 40 as a result of years of frequent drinking. Men are more likely to have it, says a gastrointestinal surgeon in Kolkata.

Severe pain in the centre of your stomach is the most common symptom of acute pancreatitis. This abdominal pain usually worsens over time and can spread to your back.

Some of the other symptoms, as listed by the gastroenterology surgeon in Kolkata, include:

Repeated episodes of intense abdominal pain are the most typical symptom of chronic pancreatitis. The pain usually starts in the middle or left side of your stomach and spreads up your back. It’s defined as a scorching or shooting pain that comes and goes but can linger for hours or days at a time.

According to the top gastro surgeon in Kolkata, people with chronic pancreatitis may also experience:

This frequently necessitates hospitalisation. Intravenous fluids, pain relievers, liquid food through a tube in your stomach, and oxygen through tubes in your nose may be administered.
Acute pancreatitis usually improves within a week, and most people are able to leave the hospital after a few days.

For pain control, IV hydration, and nutritional support, people with chronic pancreatitis may need to be hospitalised. If the person continues to lose weight, nasogastric feedings may be required for several weeks.

If the pancreas does not secrete enough enzymes when a normal diet is resumed, the best gastroenterologist in Kolkata may give synthetic pancreatic enzymes. In order to assist the person to digest food and regain weight, the enzymes should be taken with each meal. The second stage is to create a healthy, low-fat diet that incorporates modest, frequent meals. A dietician can help in creating a meal plan. It’s also crucial to stay hydrated and avoid caffeinated beverages.