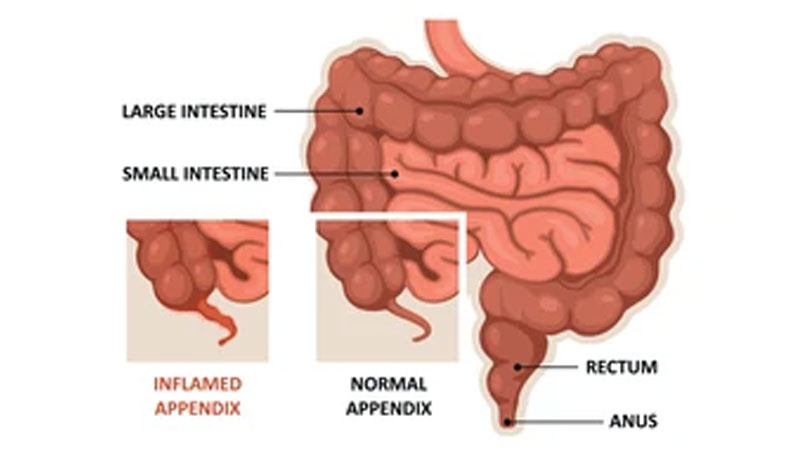 Your appendix is a tiny organ of the size of a finger. It’s normally located near the junction of the small bowel and the colon (large intestine) in the lower right region of your abdomen, not far from your right hip bone. Since humans may survive without the organ, it is often removed when signs of infection or inflammation appear (swelling). Appendix cancer is classified as a gastrointestinal cancer since the appendix is a member of the digestive system.

Appendix cancer, also known as appendiceal cancer, is a rare form of cancer. When the appendix is removed for appendicitis, it is often discovered by mistake. It can also be found if a patient was getting a scan for some cause and the radiologist detected something suspicious and suggested further investigation.

Appendiceal cancer has no known causes or risk factors. The disorder affects people of all ages, from adolescents to senior citizens. Appendix cancer has no screening tests due to its rarity, says Dr. Sanjoy Mandal, who is a renowned oncologist in Kolkata.

You may not experience signs until the cancer has spread to other organs or caused a blockage, unless a tumour in the appendix causes appendicitis. Bloating or a rise in abdominal circumference, the key symptom of appendix cancer, may be a sign of a variety of other illnesses.

Other signs and symptoms are linked to the organs where cancer has spread. These are some of the symptoms, as listed by the cancer doctor in Kolkata:

Treatment Of Appendicular Cancer in Kolkata

According to the best cancer surgeon in Kolkata, appendix cancer treatment is determined by the stage of the cancer, the type of tumour, and your overall health.

The most popular first phase in treating localised appendix cancer is surgery. Your oncology surgeon in Kolkata can perform one of the following operations, depending on the stage of your disease.

An appendectomy, or removal of the appendix, may be adequate to eliminate the cancer if the tumour is not spreading into other organs.

Your surgeon can prescribe cytoreductive or debulking surgery if your appendix cancer is not a carcinoid and is discovered at a later stage (which means it has spread). Your surgeon may remove the tumour, and the surrounding fluid, along with the organs that are inextricably linked to the tumour, such as sections of the stomach, gallbladder, spleen, ovaries, uterus, and abdominal cavity lining.