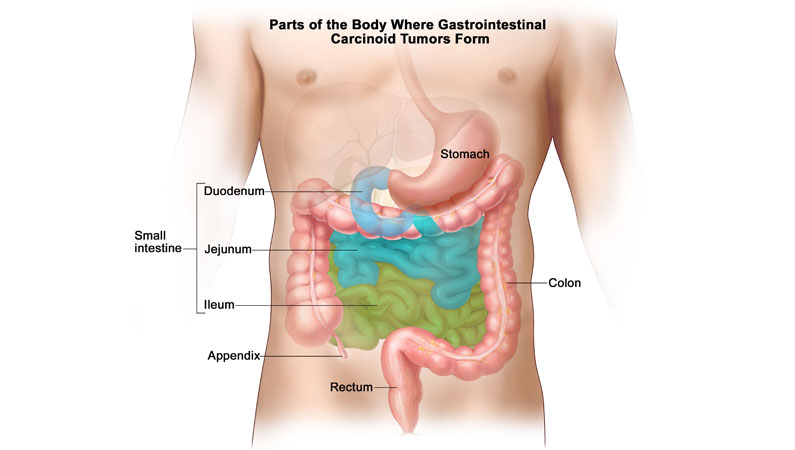 Carcinoid tumour of the endocrine system is a rare and slow-growing malignant growth. The tumour can appear anywhere in the gastrointestinal tract, starting from the stomach to the rectum. It commonly occurs in the appendix, however. The tumour extends from the gastrointestinal tract to the liver, where it releases an excess of the hormone serotonin. Nearly 68 percent to 77 percent of patients are expected to live for five years, and the majority of cases are diagnosed early on.
Carcinoid tumours secrete such chemicals into the bloodstream as they grow larger, causing a variety of signs and symptoms known as carcinoid syndrome, says Dr. Sanjoy Mandal, who is considered to be the best surgical oncologist in Kolkata.

The majority of these tumours are clinically silent, or signs may occur later in the course of the disease. The symptoms are primarily caused by elevated serotonin levels and vary depending on the tumour’s location. The cancer doctor in Kolkata says that if the carcinoid tumours are only found in the digestive tract, you will experience the following symptoms:

If the tumours metastasize to the lungs, you will experience the following:

According to the cancer specialist in Kolkata, the following factors may put you at risk of developing carcinoids.

As per the best cancer surgeon in Kolkata, treatment depends on the tumour’s size. Carcinoid tumours can be treated with a number of different methods. They are as follows: