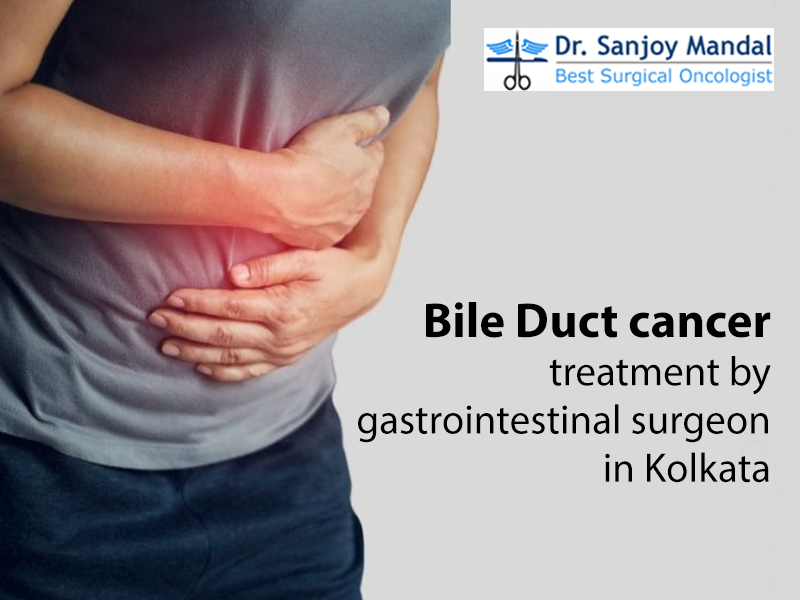 Bile duct cancer is treatable in a number of ways. Surgery, chemotherapy, radiation therapy, immunotherapy, and other treatments fall under this category. However, the best gastrointestinal surgeon in Kolkata applies the right procedure of treatment to cure bile duct cancer patients depending on the condition and the severity of the disease.

Candidates for the surgery have a variety of alternatives. The many bile duct cancer surgery kinds are covered in this blog.

A surgeon entirely eliminates the bile duct during this treatment. The best cancer doctor in Kolkata uses the surgical method to remove the cancerous portion. There are several types of operations depending on the position of the cancer.

●    Elimination of the Bile Duct:

This type of surgical process is adopted by the best gastro surgeon in Kolkata, where lymph nodes are removed, and lymph nodes tissues are observed under the microscope to see

whether there is any sign of cancer or not.

This is another surgical procedure that is used to remove the cancerous portion of the liver.

During this process of surgery, the head of the gallbladder, pancreas, bile duct, part of the small intestine, and stomach are removed.

External Radiation Therapy is used to give radiation in a series of treatments to allow the recovery of cells. It is based on several details about cancer, like the size of the tumour, its location, and other aspects.

A radioactive product sealed in needles, seeds, catheters, wires, and seeds is kept near or directly into the bile duct.

Chemotherapy utilises drugs to prevent the growth of cancer cells, either by eliminating them from dividing or by killing the cells. There is two primary chemotherapy used to treat bile duct cancer:

When chemotherapy is taken orally or injected into the vein, it allows the drug to enter the bloodstream and reach the cancer cells throughout the human body.

Regional chemotherapy is applied directly to the organ affected due to cancer, where the drug primarily affects cancer cells in those body parts. These are a few treatment procedures followed by the gastrointestinal surgeon in Kolkata as per the requirement of bile duct cancer patients. If you are suffering from bile duct cancer, then a GI cancer doctor can apply either of the treatment procedures depending on your current condition, stage, and severity of your problem.