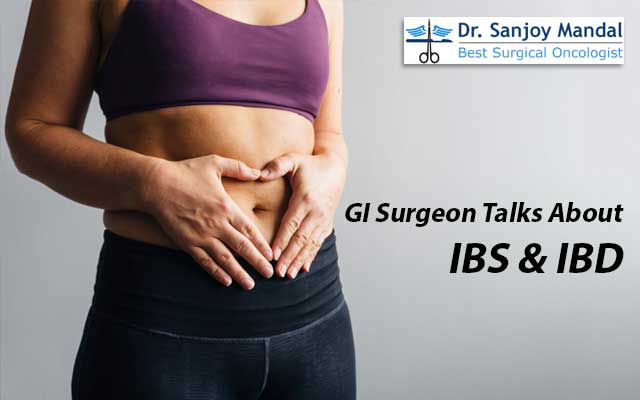 There are a lot of acronyms in the world of gastrointestinal diseases, such as IBD and IBS. Chronic swelling (inflammation) of the intestine is referred to as inflammatory bowel disease (IBD), says Dr Sanjoy Mandal, a gastroenterologist surgeon in Kolkata.

Although the two disorders have similar names and some of the same symptoms, there are significant differences.

IBD and IBS are two distinct conditions. Even if a person has been diagnosed with one, they may exhibit symptoms of the other. Both are classified as chronic diseases.

Although both conditions can affect people of any age, they appear to run in families.

What exactly is IBD?

Inflammatory bowel disease (IBD) refers to a group of disorders caused by chronic inflammation in various parts of the digestive tract, says the GI surgeon in Kolkata.

IBD is classified as having two main conditions:

It is a chronic disorder marked by recurrent bouts of inflammation in the colon’s mucosal layer. It usually affects the rectum and can spread to other areas of the colon.

CD can affect any region of your gastrointestinal (GI) system. Crohn’s disease symptoms may also include diarrhoea, stomach pain and fever.

Many of the symptoms of these disorders overlap, making identification difficult at times. IBS symptoms include:

• Bacterial overgrowth in the small intestine

• A sense of incomplete evacuation

IBD can induce the same symptoms as IBS, as well as the following:

• Weight loss If you are experiencing symptoms of IBS, IBD, or both, speak with your doctor or a gastroenterologist. For more details, consult Dr Sanjoy Mandal, the top gastro surgeon in Kolkata.